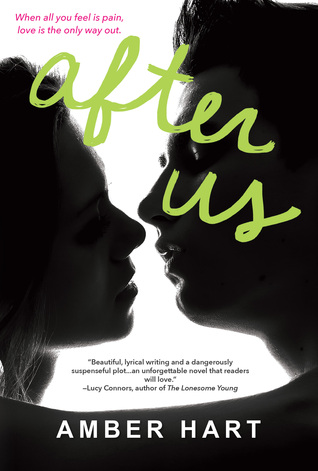 After Us (Before & After #2) by Amber Hart
Release Date: December 30, 2014
Sometimes secrets kill. Maybe slowly, maybe painfully. Maybe all at once.Melissa smiles. She flirts. She jokes. But she never shows her scars. Eight months after tragedy ripped her from her closest friend, Melissa is broken. Plagued by grief, rage, and the painful memory of a single forbidden kiss.Javier has scars of his own. Life in the States was supposed to be a new beginning, but a boy obsessed by vengeance has no time for the American dream. To honor his familia, Javier joins the gang who set up his cousin, Diego. The entrance price is blood. Death is the only escape.Two broken souls could make each other whole again—or be shattered forever.Our time will come. And we'll be ready.

I liked Before You and its characters and I can see that there are some reoccurring ones here who I'm very looking forward to reading about!