This is my stop on the Awakenings blog tour! If you've never heard of Awakenings by J.E. Shannon, you can read all about it below. But simply summing it up: an adventurous and heart-stopping paranormal romance! 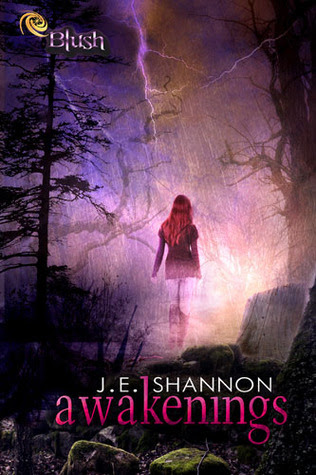 Awakenings by J.E. Shannon
Release Date: July 29, 2013
Evie Shepard's nightmare begins when she finds herself buried alive, with no idea how she got that way. As she struggles to remember what happened to her, she begins to notice changes about herself. Her senses are heightened, her movements are quicker, she is incredibly strong, her heartbeat has stopped. It's then she makes a disturbing discovery. She wasn't buried alive. She was murdered. Somehow she has come back...and she wants revenge.
------------------------------------

And here is an interview with the lovely J.E. Shannon!

How did you come up for the idea for Awakenings?
*cringes* The answer to this is so cliche, I’m embarrassed to say it. It was from a dream. I know, I know, but it is true. I had a dream about a girl clawing her way out of the ground. I woke up completely covered in sweat. It stuck with me long after I woke up. The dream eventually involved into a novel.

Do you think you'll write a sequel or a companion novel?
There is a sequel. I’m currently working on it like a madman...er...madwoman.

Who is your favourite character?
My favorite character is actually a minor one. I love Mrs. Devuah. Love her. She is loosely based on two of my grandmothers. Both of them were hard as nails, but with hearts of gold.

Favourite YA series/novel?
My favorite YA series is The Hunger Games. Those and the Harry Potter series books I have are in poor condition. Covers and pages are torn, the bindings are barely in working order, and the dog has chewed on it, but I will keep them forever.

Are you working on any other projects?
Yes. Besides the sequel I’m working on another novel. That one is about a hitwoman that targets abusive husbands. It is special to me, because I put a lot of my own personal experiences from a emotionally abusive relationship I was in. Luckily, I got out.

About the Author:
J. E. Shannon currently lives in Florida, but is a Missouri native. She spends most of her time reading, writing, and taking care of her small child and two crazy dogs.
Blog | Twitter | Facebook
------------------
To celebrate her new release, JE Shannon is giving away a Kindle with an ecopy of Awakenings (US only). One runner-up will win an ecopy of Awakenings (open internationally). You can enter here!

Make sure you add Awakenings to your TBR pile on Goodreads if you are interested!

Look out for my review of Awakenings because it will be posted soon!