Today I am here to show you guys First Frost by Liz DeJesus, a YA fairy tale novel that will sweep you away into a magical land! 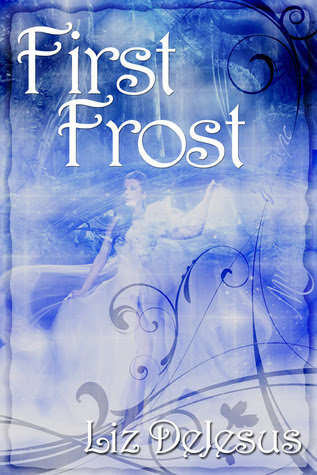 For generations, the Frost family has run the Museum of Magical and Rare Artifacts, handing down guardianship from mother to daughter, always keeping their secrets to “family only.”

Seventeen-year-old Bianca Frost wants none of it, dreaming instead of a career in art or photography or…well, anything except working in the family’s museum. She knows the items in the glass display cases are fakes because, of course, magic doesn’t really exist.

Where did the idea for First Frost come from?
I got the idea for First Frost a couple of years ago while watching a commercial for a local children’s museum. My first thought was ‘Yay! Someplace close by that I can take my son every once in a while.’. My next thought was ‘I wish they had themed museums, like a pirate museum or a fairy tale museum. Because kids are usually into different things.’ And once the idea of a fairy tale museum hit me, it refused to let me go. I remember I was giving my son his bottle at the time and my notebook was on the other end of the couch. It may as well have been a million miles away. My son was falling asleep in my arms and I didn't want to wake him up so I kept repeating that idea to myself over and over again so I wouldn't forget. I finally managed to get my son to take a nap and I dove straight for my notebook and wrote a few ideas for the story.

I really had to stop and ask myself:
What’s in the museum?
Why is all this stuff there?
Who works there? Why?
Are any of the items real?
After I figured out some of those answers the story pretty much wrote itself.

Will there be a sequel?
Absolutely. The sequel is titled Glass Frost and it picks up right where First Frost ends. I’ve already submitted the book to my publisher and I’m just waiting to sign the contract.

Harry Potter or Twilight?
Harry Potter. I was a huge fan of the books and the movies.

What other projects are you working on?
I’m currently working on the third book of the Bianca Frost series tentatively titled Shattered Frost. I’m also working on a few short stories for upcoming anthologies.

Do you have a weird talent?
I wouldn't necessarily call this a weird talent but I have the uncanny ability to create little islands all over my house. It’s not really a mess, but not really clean. There are just stacks of books in random corners of my house. 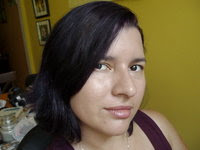 About the Author:
Liz DeJesus was born on the tiny island of Puerto Rico. She is a novelist and a poet. She has been writing for as long as she was capable of holding a pen. She is the author of the novel Nina (Blu Phi'er Publishing, October 2007), The Jackets (Arte Publico Press, March 31st 2011) and First Frost (Musa Publishing, June 2012). Liz is currently working on a new novel.

Liz has kindly offered 2 copies of her book First Frost for a giveaway! Fill out the Rafflecopter giveaway below to have a chance of winning.