My review of Masque of the Red Death

Everything is in ruins.

A devastating plague has decimated the population. And those who are left live in fear of catching it as the city crumbles to pieces around them.

So what does Araby Worth have to live for?

Nights in the Debauchery Club, beautiful dresses, glittery make-up . . . and tantalizing ways to forget it all.

But in the depths of the club—in the depths of her own despair—Araby will find more than oblivion. She will find Will, the terribly handsome proprietor of the club. And Elliott, the wickedly smart aristocrat. Neither boy is what he seems. Both have secrets. Everyone does.

And Araby may find something not just to live for, but to fight for—no matter what it costs her.

Masque of the Red Death is a unique and engrossing story that will introduce readers to a new world that hasn't been explored in YA. Get ready for a set of diverse characters, an impossible love triangle, and a plague that will destroy everyone in its wake.

Araby Worth is fortunate enough to be born into a rich family that can provide her with the masks she needs to keep the plague at bay. To get away from the nightmare and horror of the suffering people around them, Araby and her close friend venture into the Debauchery Club to lose themselves in the music and comfort. But Araby finds much more; two boys who contrast with each other dramatically, yet she can't help but be drawn into each of the boys' worlds and the secrets that they seem to hide.

Araby is the usual quiet girl with a mass amount courage hidden within her. At times I found her character boring and dull; she didn't seem to react or say much about anything. I thought that the story would spice up a bit after the two boys were introduced: Will; a handsome and caring boy with an edge that you can't ignore, and Elliot; a witty and slightly dark character with a plan for everything. But the story didn't get too exciting, I found myself getting frustrated with Araby for acting completely plain! 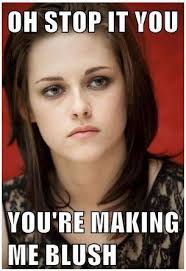 As for the boys, my heart was cheering the gorgeous Will on throughout the book because Elliot's character just didn't appeal to me. But, the author does manage to balance the love and hate out by the end of the book when all secrets are revealed. Of course it made me want to rip my hair out but I guess it will just make the sequel more interesting to read.