My review of The Thirteenth

A fun and extremely interesting read! 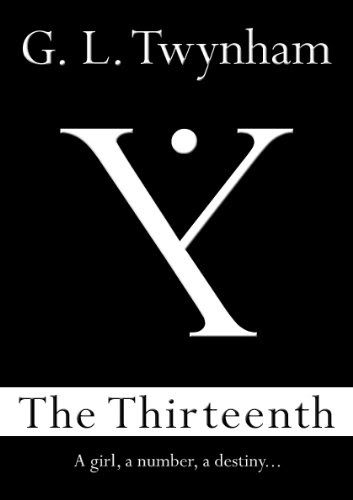 Imagine starting at the end and finishing back at the beginning. This is the story of a teenage girl called Valerie Saunders who is about to be thrown through time and space. Being bestowed with abilities beyond her wildest nightmares, she discovers that she not only has to deal with turning eighteen, her first job and an un-wanted tattoo, but also magical powers and intense urges to fall in love. She envisaged she would spend her life blending into the scenery, not blowing it up!

Val has a calling, but which side is dialling her number?


The Thirteenth is the first book in a 6 book series. I found this a great start. I picked it up and quickly got lost in the story.


It all starts with Val, a hard-working teenager, who cares a lot about her family. She begins to have strange nightmares that seem too real to be conjured up from her imagination. But one day she wakes up with a tatoo, she doesn't know how it got there. She makes friends with Shane, a boy working at a tatoo parlour, who has connections with people who might be able to help her, but nothing is that simple.....

Val, the main character, is a normal teenager. Like every other girl in the world, she has her problems. Parents, work, boys, friends, etc. You can easily relate to Val, since she is quite emotional at times, she cares a lot about her friends and her parents. Georgia Twynham has done a good job making her characters as real as possible. Some authors tend to run with the fairies and pretend that everything is alright, and I was happy to see that Georgia considered how each event would affect her characters.


Take a look at the cover, it's definitely intriguing. I also like the line: A girl, a number, a destiny....
Sounds pretty good? Gets your curiousity going.


The plot was addictive and as the story went on, I found it harder to put the book down. There's so many mysteries to solve, so many characters to read about and so many twists! I don't want to say too much about the book because I might get over excited and tell you everything that happens.

I have become attached to the main character, Val, I will take pleasure in reading the next book. I recommend this to all YA lovers!