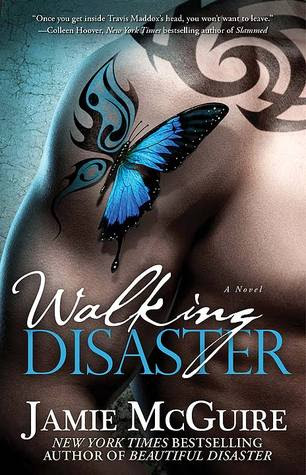 How much is too much to love?

In Walking Disaster, the life of Travis is full of fast women, underground gambling, and violence. Just when he thought he was invincible, Abby Abernathy brings him to his knees.

Every story has two sides. In Jamie McGuire's New York Times bestseller Beautiful Disaster Abby had her say. Now it's time to see the story through Travis's eyes.

I enjoyed Beautiful Disaster and when I finished, I wished there were a sequel, and Walking Disaster is as closest to a sequel as I'm going to get. I am looking forward to reading Beautiful Disaster's story from Travis' POV because he was a really intriguing character. And that cover...