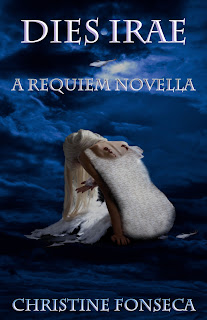 Some sacrifices should never be made – even for love.

Mikayel lives by one rule – obey the orders of the angelic Council at all costs. That is, until he and his friends, Azza and Demi, are sent to Earth.  Assigned as Watchers while they await their decision of which angelic order to serve, the three assume the bodies of teenagers and experience life as human.
The sensations are overwhelming, especially for Azza. Determined to experience everything humans do – rage, terror, love - he tempts Demi to break one of the unbreakable rules – never fall in love.  But being human isn’t the only problem facing the three angels. Unbeknownst to the Council, demonic activity is on the rise, threatening to break a tenuous peace that has existed for a millennia; a peace Azza seems bent on destroying.

Caught in a struggle for power with unseen demonic forces and Azza, and fighting against his rising emotional attachment to Demi, Mikayel must now decide how much he is willing to sacrifice for his new found love – a decision that could reignite an ancient war and will threaten the only thing that matters to the angels, the survival of humanity.

This book is being released on the 22nd of February 2012! Not that long of a wait, but for now you can enter her giveaway of her favourite books, including: 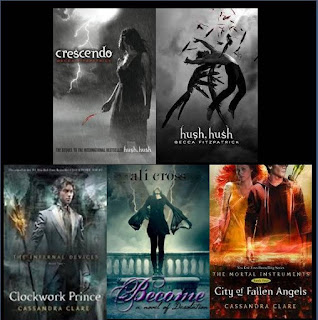 Hush, hush and Crescendo by Becca Fitzpatrick
City of Fallen Angels and Clockwork Prince by Cassandra Clare
Become by Ali Cross
All you have to do is visit: http://christinefonseca.blogspot.com/2011/12/my-big-news-aka-move-over-sparkly.html and follow the instructions there.
She will draw 5 winners so you have FIVE chances of winning! This giveaway is open internationally and closes on the 23rd of December. The winners will be announced on the 24th of December. One day before CHRISTMAS!!!!
Check back soon, and you can now follow this blog by e-mail!
Sam :D
Posted by Sam at 11:50