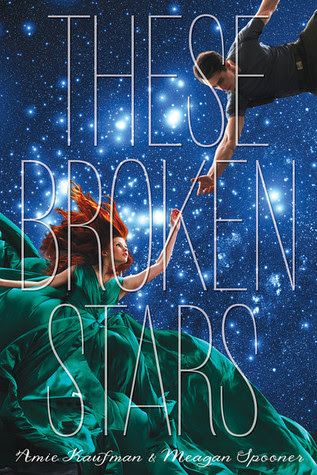 These Broken Stars (These Broken Stars #1) by Amie Kaufman and Meagan Spooner
Release Date: December 10, 2013
It's a night like any other on board the Icarus. Then, catastrophe strikes: the massive luxury spaceliner is yanked out of hyperspace and plummets into the nearest planet. Lilac LaRoux and Tarver Merendsen survive. And they seem to be alone.


Lilac is the daughter of the richest man in the universe. Tarver comes from nothing, a young war hero who learned long ago that girls like Lilac are more trouble than they’re worth. But with only each other to rely on, Lilac and Tarver must work together, making a tortuous journey across the eerie, deserted terrain to seek help.


Then, against all odds, Lilac and Tarver find a strange blessing in the tragedy that has thrown them into each other’s arms. Without the hope of a future together in their own world, they begin to wonder—would they be better off staying here forever?

Everything changes when they uncover the truth behind the chilling whispers that haunt their every step. Lilac and Tarver may find a way off this planet. But they won’t be the same people who landed on it.


The cover for this is so cute, and it reminds me of Tempest by Julie Cross, but this one is better by far.

I have really been getting into sci-fi after reading the Across the Universe trilogy by Beth Revis, and this book sounds quite similar, and definitely something I would go for.

I am also waiting for... 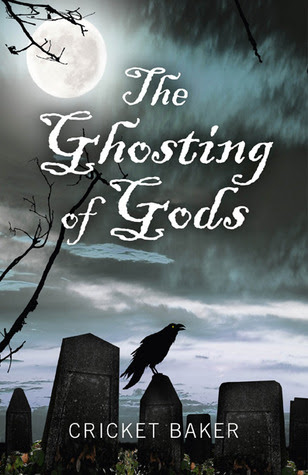 The Ghosting of Gods by Cricket Baker
Release Date: May 31, 2013
Jesse is an apprentice exorcist who defies his priests when he learns his sister is in danger even though she’s dead. When he’s exiled to a haunted world, Jesse must unravel the mystery of ghosts if he is to save her. He plunges into a deadly game of hide-and-seek. The players include denizens draped in monkish robes, ghosts with matted eyes, the dead who tunnel underground in terror, and...Elspeth.A coven scientist, Elspeth is both respected and feared for her abnormal spiritual powers. Jesse needs--craves--the knowledge of ghosts which she possesses. But is Elspeth a spiritual prodigy, or dangerously insane? The coven scientist begs him to trust her. He doesn’t. But he wants to.Caught in a world on the brink of spiritual evolution, Jesse struggles to understand Elspeth even as frightening contacts from his sister force him to face the secret, shattering meaning of a verse he knows well: Blessed are the poor in ghost.

This book sounds and looks so creepy! I love a good ghost story.