I decided that every week I would just publish one post containing all the beautiful book covers that have just been released instead of one post for each cover, because you know, that's just too much and no one wants all those update emails! 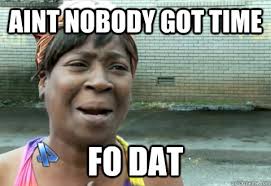 I hope you enjoy the covers and just click the title and it will lead you to the Goodreads page where you can add it to you TBR list.

A Darkness Strange and Lovely (Something Strange and Deadly #2)
Release Date: July 23, 2013
Following an all-out battle with the walking Dead, the Spirit Hunters have fled Philadelphia, leaving Eleanor alone to cope with the devastating aftermath. But there’s more trouble ahead—the evil necromancer Marcus has returned, and his diabolical advances have Eleanor escaping to Paris to seek the help of Joseph, Jie, and the infuriatingly handsome Daniel once again. When she arrives, however, she finds a whole new darkness lurking in this City of Light. As harrowing events unfold, Eleanor is forced to make a deadly decision that will mean life or death for everyone.

The cover is gorgeous! Damn, look at that dress... I want it.

I haven't read the first book, Something Strange and Deadly but I will try to get it as soon as possible!

Elegy (Hereafter #3) by Tara Hudson
Release Date: July 4, 2013
A stalker ghost, misguided Seers, and spellbinding wraiths—Amelia Ashley has faced them all. Now her greatest hope is to spend the rest of her afterlife with her living boyfriend, Joshua. But the demonic forces return to give her an ultimatum: turn herself over to the darkness or watch them murder one living person per week until she does.Amelia fears she might really be doomed, until the forces of light give her another option. She can join them in their quest to gather souls, with a catch: Once she joins them, she can never see Joshua again.Faced with impossible choices, Amelia decides to take her afterlife into her own hands—and fight back.

This is the third and final book in the Hereafter trilogy. It's about ghosts so if your a big fan of them then definitely go and check these books out! For those of you who have read Hereafter, you can read my review of Arise (#2) HERE!

Goddess (Starcrossed #3) by Josephine Angelini
Release Date: May 28, 2013
After accidentally unleashing the gods from their captivity on Olympus, Helen must find a way to re-imprison them without starting a devastating war. But the gods are angry, and their thirst for blood already has a body count.To make matters worse, the Oracle reveals that a diabolical Tyrant is lurking among them, which drives a wedge between the once-solid group of friends. As the gods use the Scions against one another, Lucas’s life hangs in the balance. Still unsure whether she loves him or Orion, Helen is forced to make a terrifying decision, for war is coming to her shores.In Josephine Angelini’s compelling conclusion to the masterfully woven Starcrossed trilogy, a goddess must rise above it all to change a destiny that’s been written in the stars. With worlds built just as fast as they crumble, love and war collide in an all-out battle that will leave no question unanswered and no heart untouched.

I've been a fan of this trilogy ever since I first saw the book in the bookshop. If you are a Greek myth fan then you must, I repeat, MUST read this trilogy because it is simply amazing. You can read my review of Starcrossed (#1) HERE and my review of Dreamless (#2) HERE!

Dark Triumph (His Fair Assassin #2) by Robin LaFevers
Release Date: April 2, 2013
Sybella arrives at the convent’s doorstep half mad with grief and despair. Those that serve Death are only too happy to offer her refuge—but at a price. Naturally skilled in both the arts of death and seduction, the convent views Sybella as one of their most dangerous weapons.But those assassin’s skills are little comfort when the convent returns her to a life that nearly drove her mad. Her father’s rage and brutality are terrifying, and her brother’s love is equally monstrous. And while Sybella is a weapon of justice wrought by the god of Death himself, He must give her a reason to live. When she discovers an unexpected ally imprisoned in the dungeons, will a daughter of Death find something other than vengeance to live for?This heart-pounding sequel to Grave Mercy serves betrayal, treachery, and danger in equal measure, bringing readers back to fifteenth century Brittany and will keep them on the edge of their seats.

I haven't actually read the first book, Grave Mercy, yet...

BUT! I'm planning to because I've heard only good things about it.

If your curious about upcoming books then make sure you click HERE or the 'Coming Soon!' page at the top to see all the books that are being released in the foreseeable future.